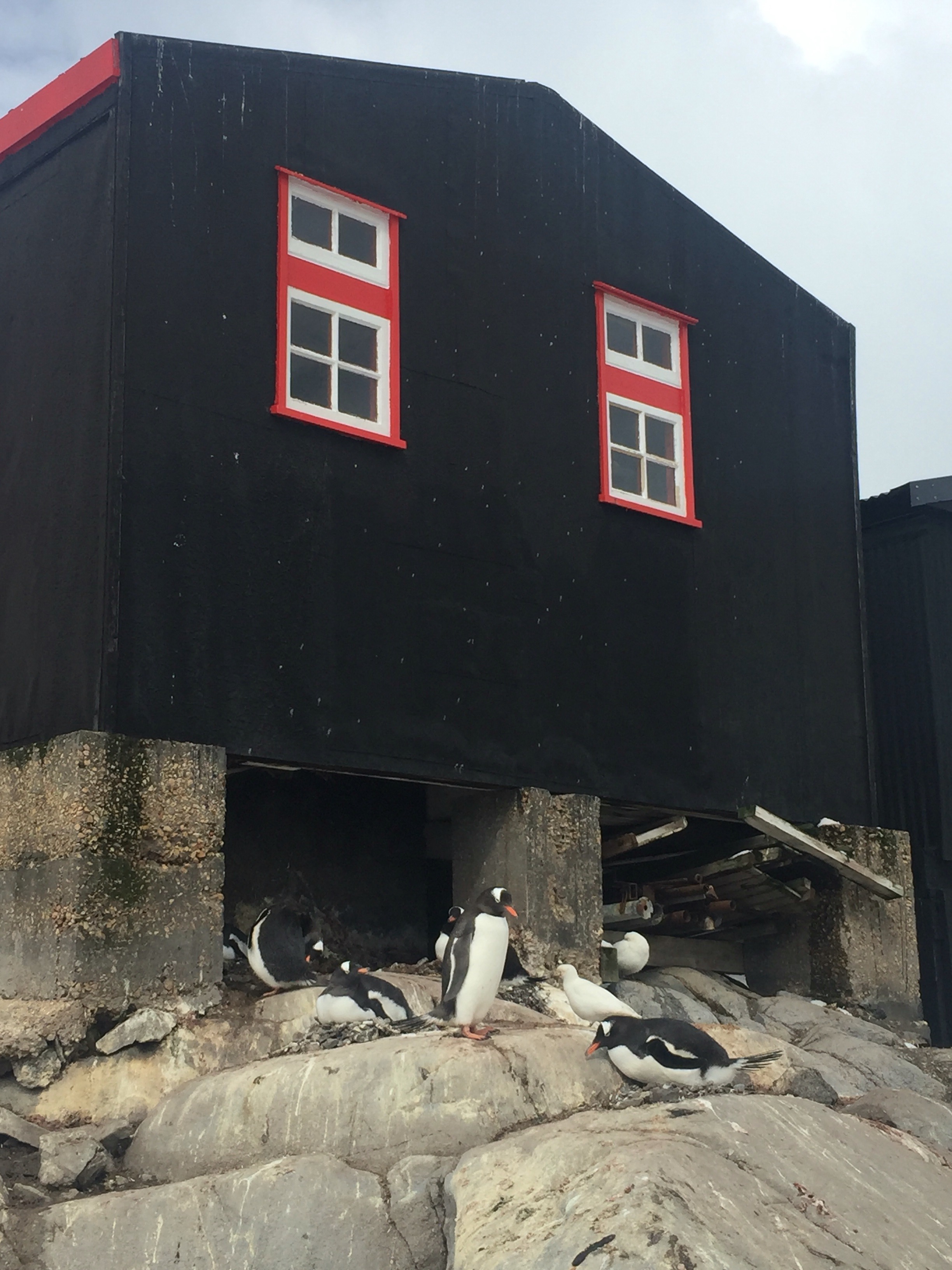 And Port Lockroy is the place to do it. Even though it may take up to 90 days, it will eventually be delivered.

The reason it takes so long is because it goes from Port Lockroy to:

“Port Lockroy” is not only an important natural and historic environment, but also a destination for many from around the world who want to come and learn more about the Antarctic. One role is to consistently monitor through a long-term environmental study, now running for more than a decade, the impact of visitors to the site; and, in conjunction with that study, regulate the number of visitors and ships visiting the area, as well as, in accordance with the Antarctic Treaty, imposing strict site guidelines to ensure the environment is properly cared for.

The gift shop and museum acts as a fund raiser, together with offering the postal services.

And as well as studying the local wildlife… 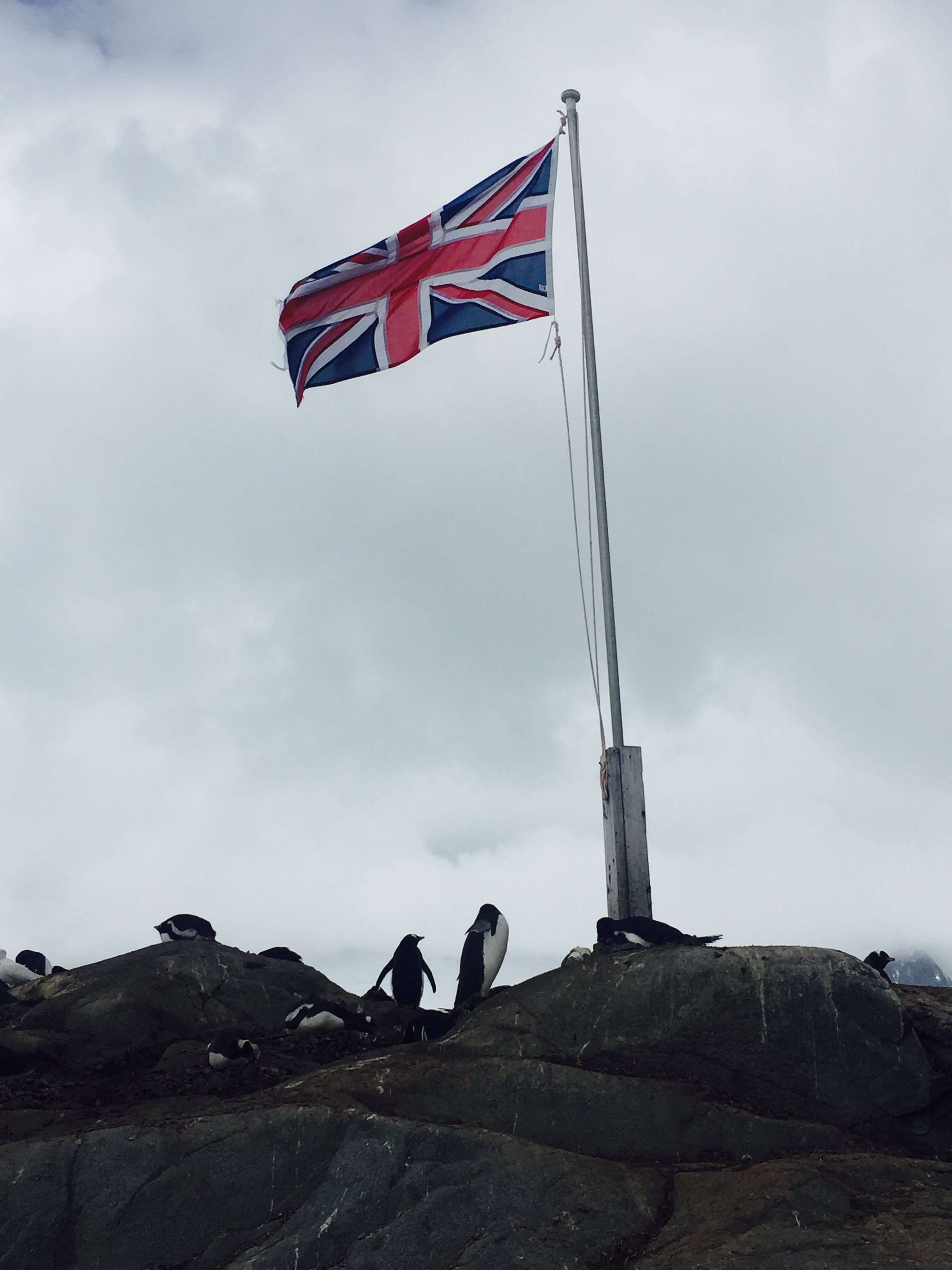 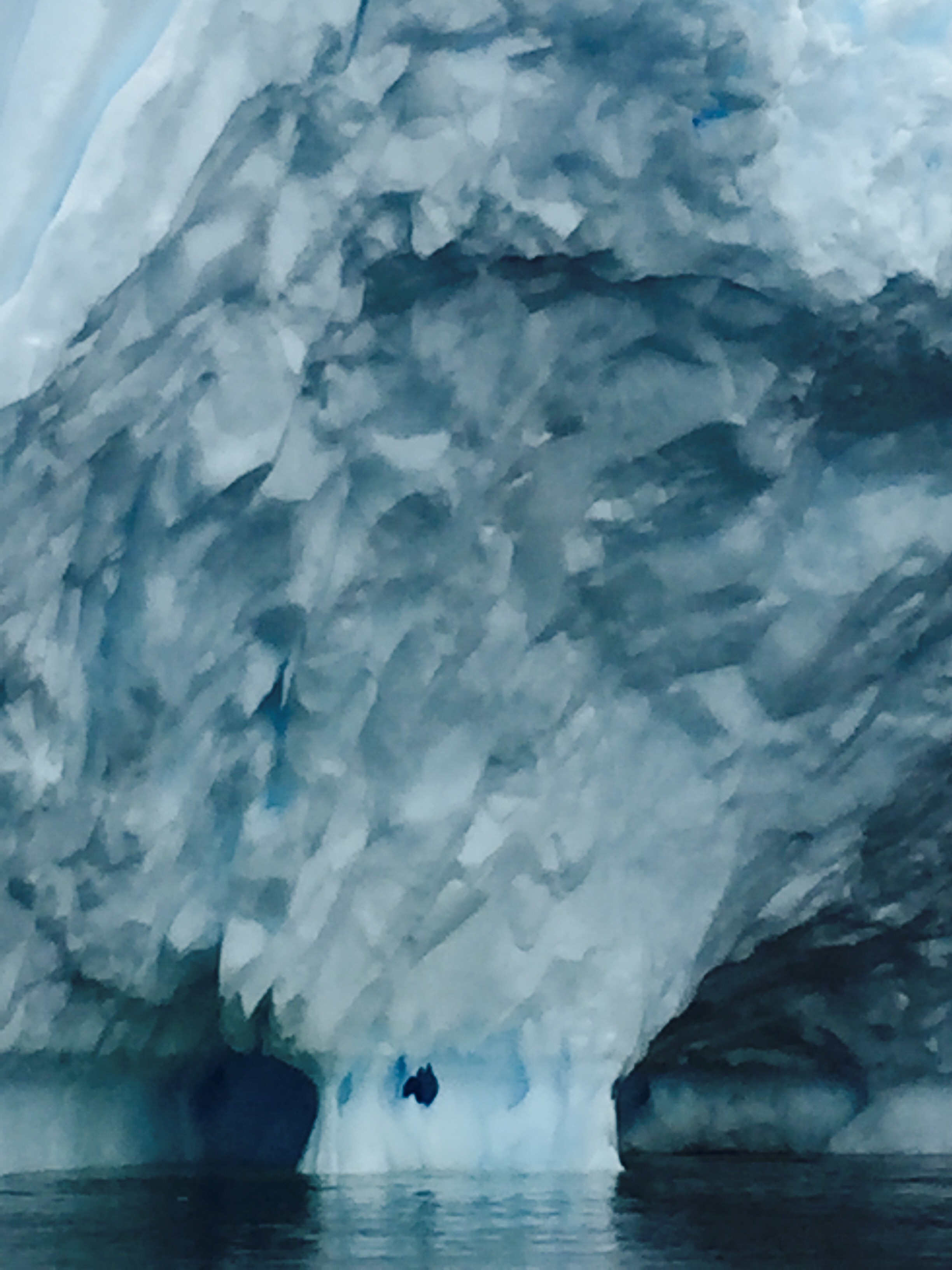 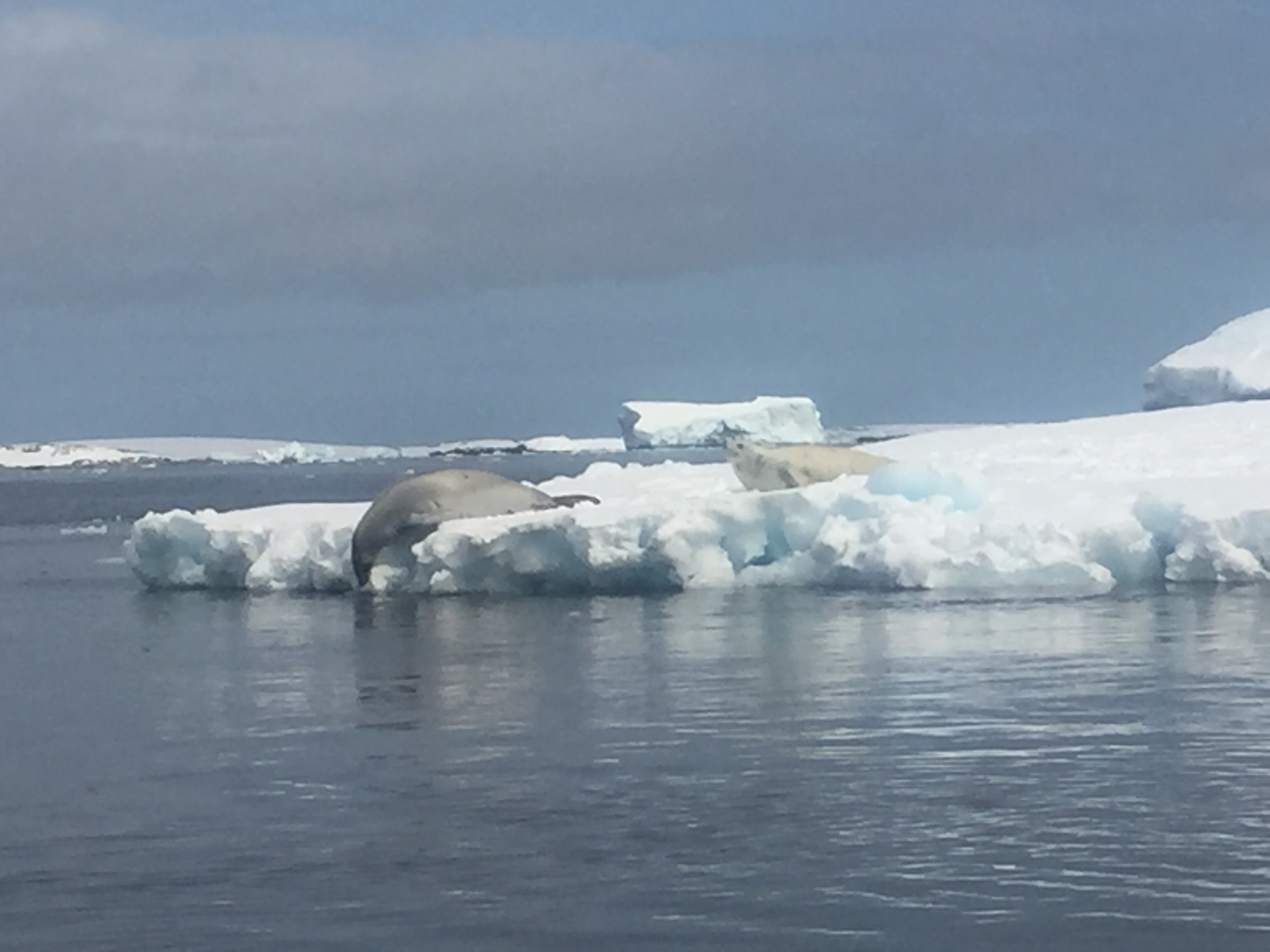 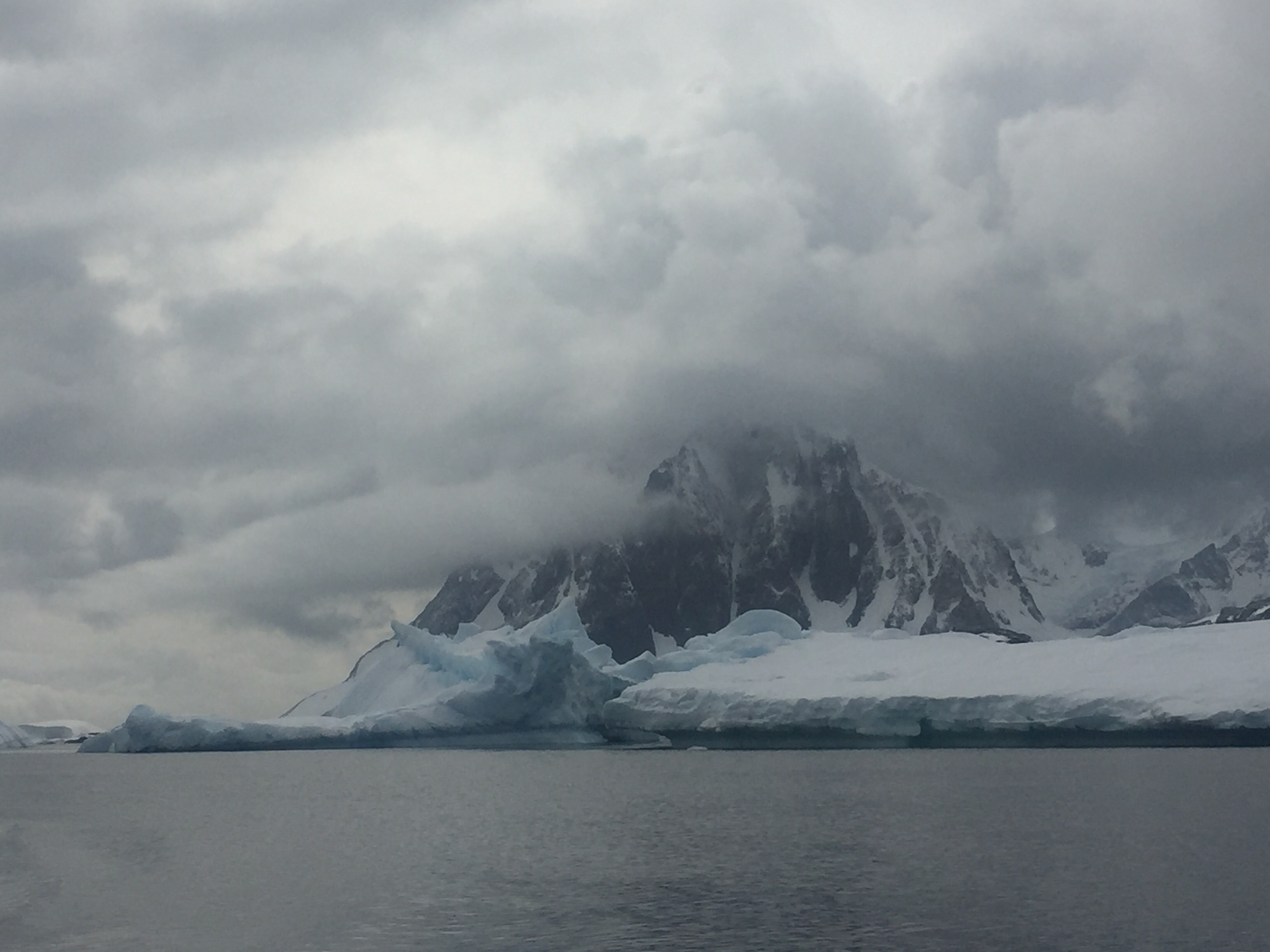 It all happened on this glorious morning at The Iceberg Graveyard, Pleneau Bay Antarctica. 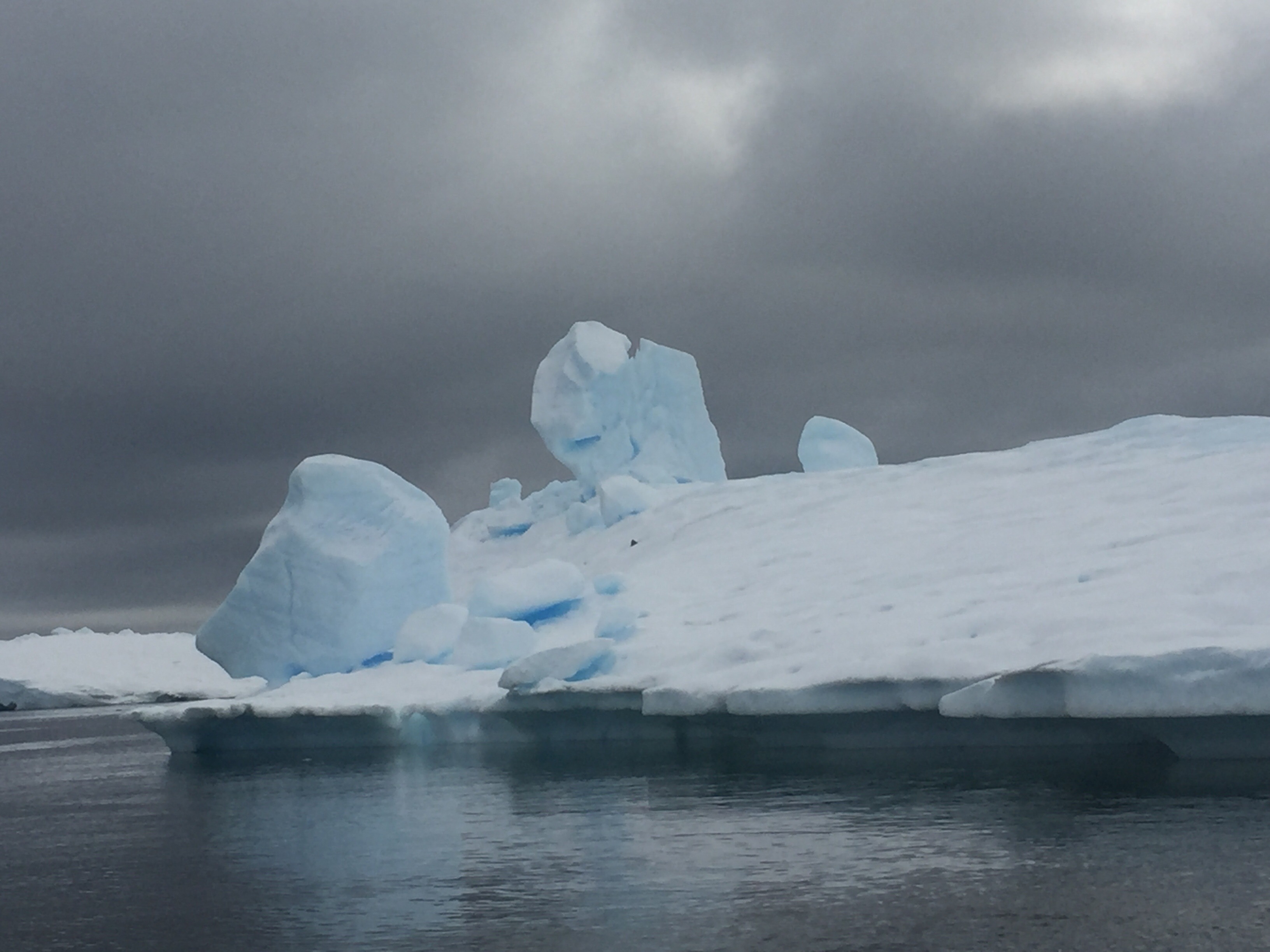 Sadly… couldn’t make it to the Antarctic Circle. Mother Nature had decided it was not our time.

Roald Amundsen was the First Man to Reach South Pole. On Dec. 14, 1911, he and four fellow Norwegian explorers became the first men to reach the South Pole, beating the ill-fated team of British Capt. Robert F. Scott by just over a month.

As you can see though, we were not going anywhere… 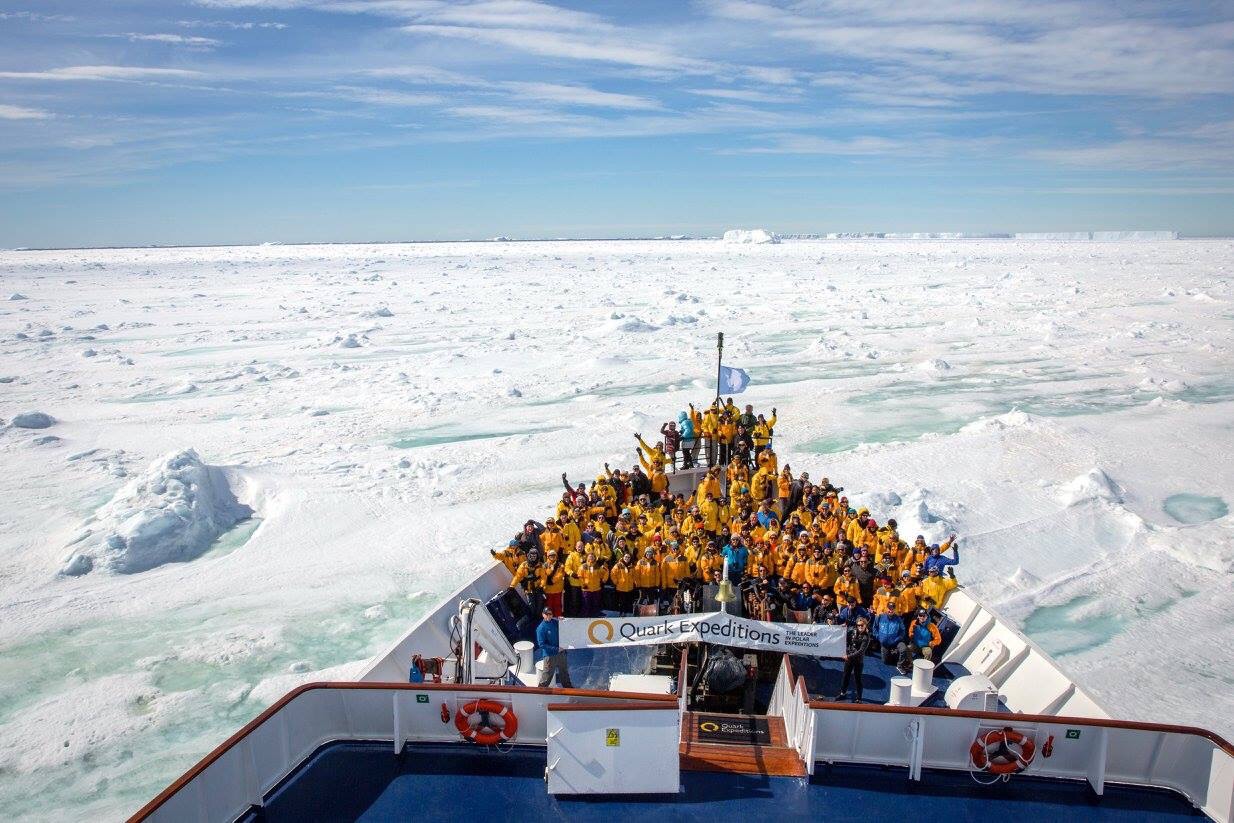 Stepping onto the Antarctic continent today at “Brown Bluff”. Such an achievement!
Especially for Daughter who ticked off her continent #7 at just 17 years old…

Brown Bluff is a basalt tuya located on the Tabarin Peninsula of northern Antarctica. It formed in the past 1 million years, which erupted subglacially within an englacial lake. [Wikipedia] 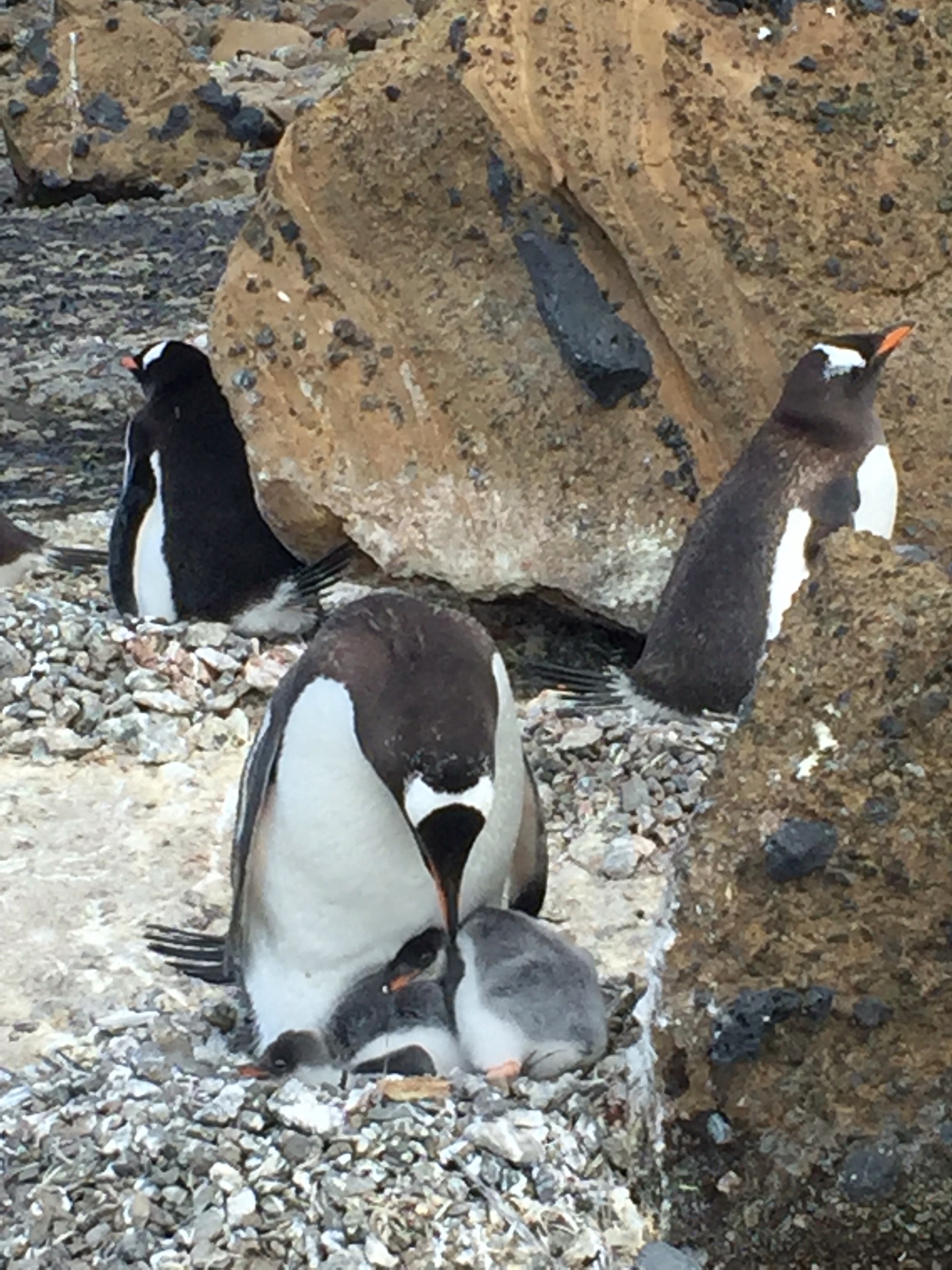 Then onto the “Lemaire Channel”, which is a strait off Antarctica, between Kiev Peninsula in the mainland’s Graham Land and Booth Island. [Wikipedia].

A most dramatic part of the world, where not only does the ship battle ice but also the width of the channel itself. At only 3 cables wide in parts, there’s not a lot of room for error. A stunning part of the world nonetheless.

“Mikkelsen Bay” was next… located on the west coast of Graham Land of Antartica. Also a place holding numerous whale bones of all shapes and sizes.

A few hours further south got us to Portal Point, which  is a narrow point in the northeast part of Reclus Peninsula, on the west coast of Graham Land. [Wikipedia] 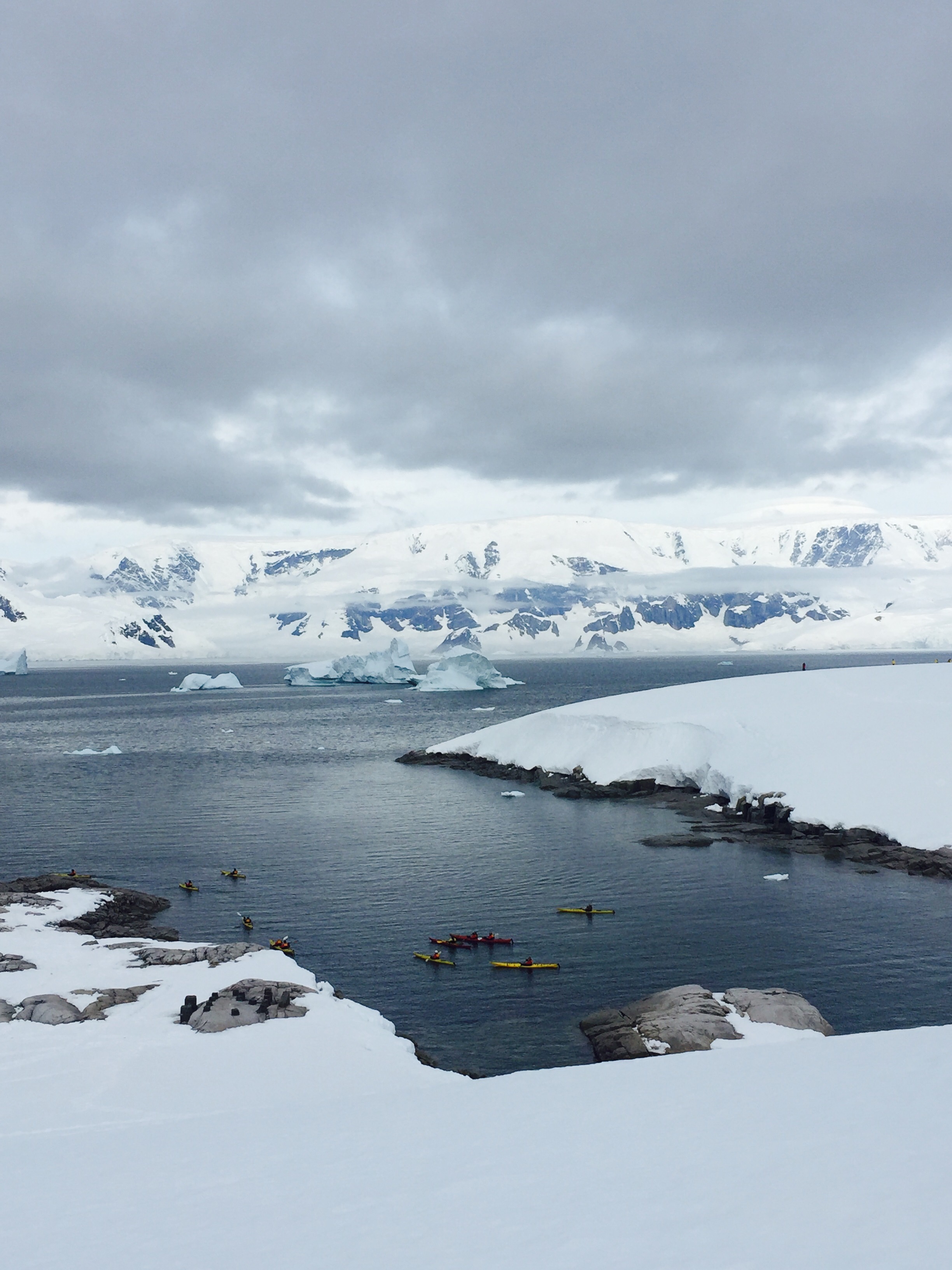 This is also another fabulous spot the kayakers (Daughter included) got to paddle in… blessed indeed! 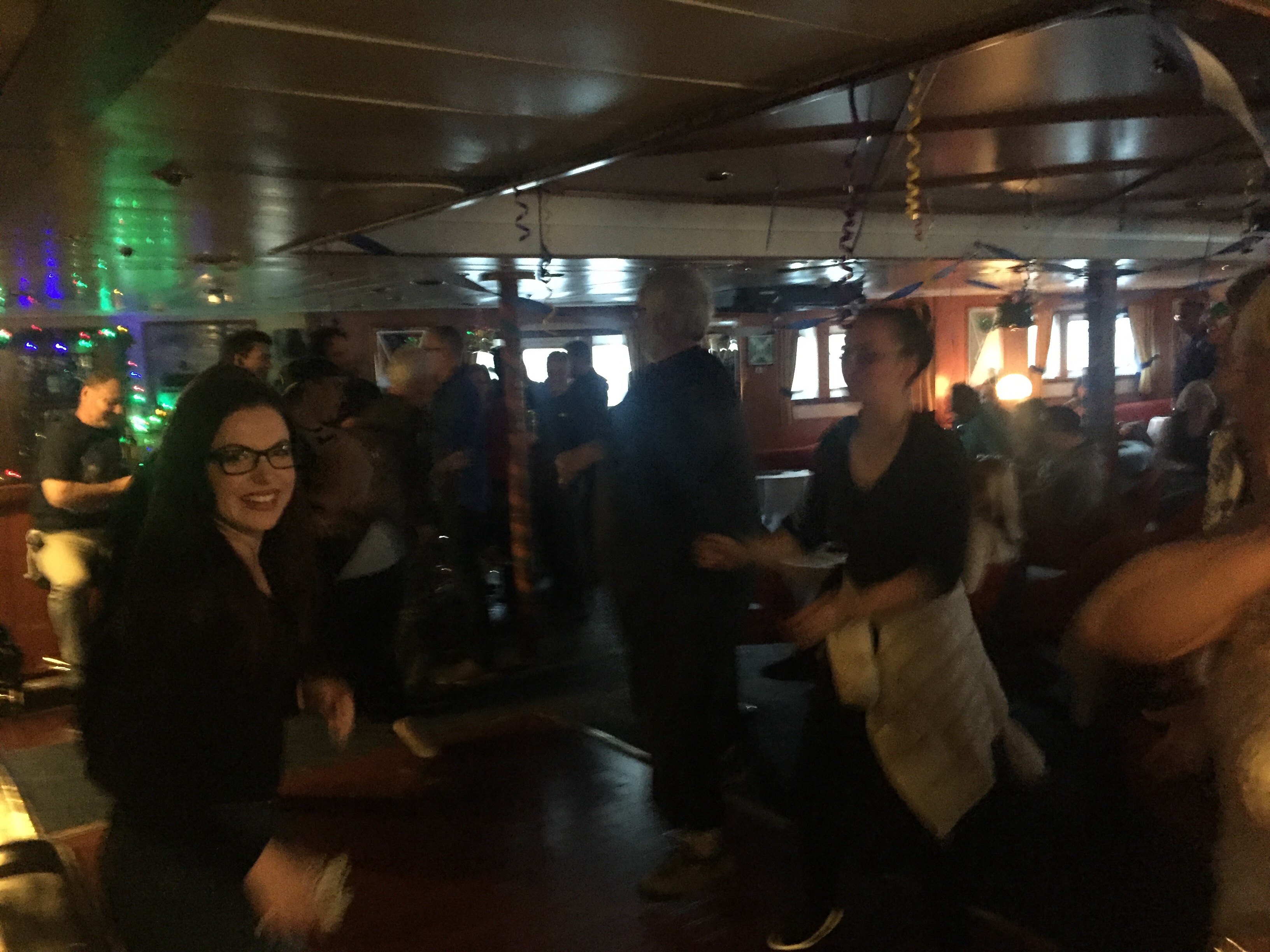 After a dance-all-night New Years Eve party with many onboard, as it continued to stay light outside, 2016 was brought in with much laughter and frivolity.

With a late finish, followed closely by an early start, all was worth it in the glow of a glorious Antartica morning welcome as we sailed through icebergs and iceflows of the Antarctic Sound.