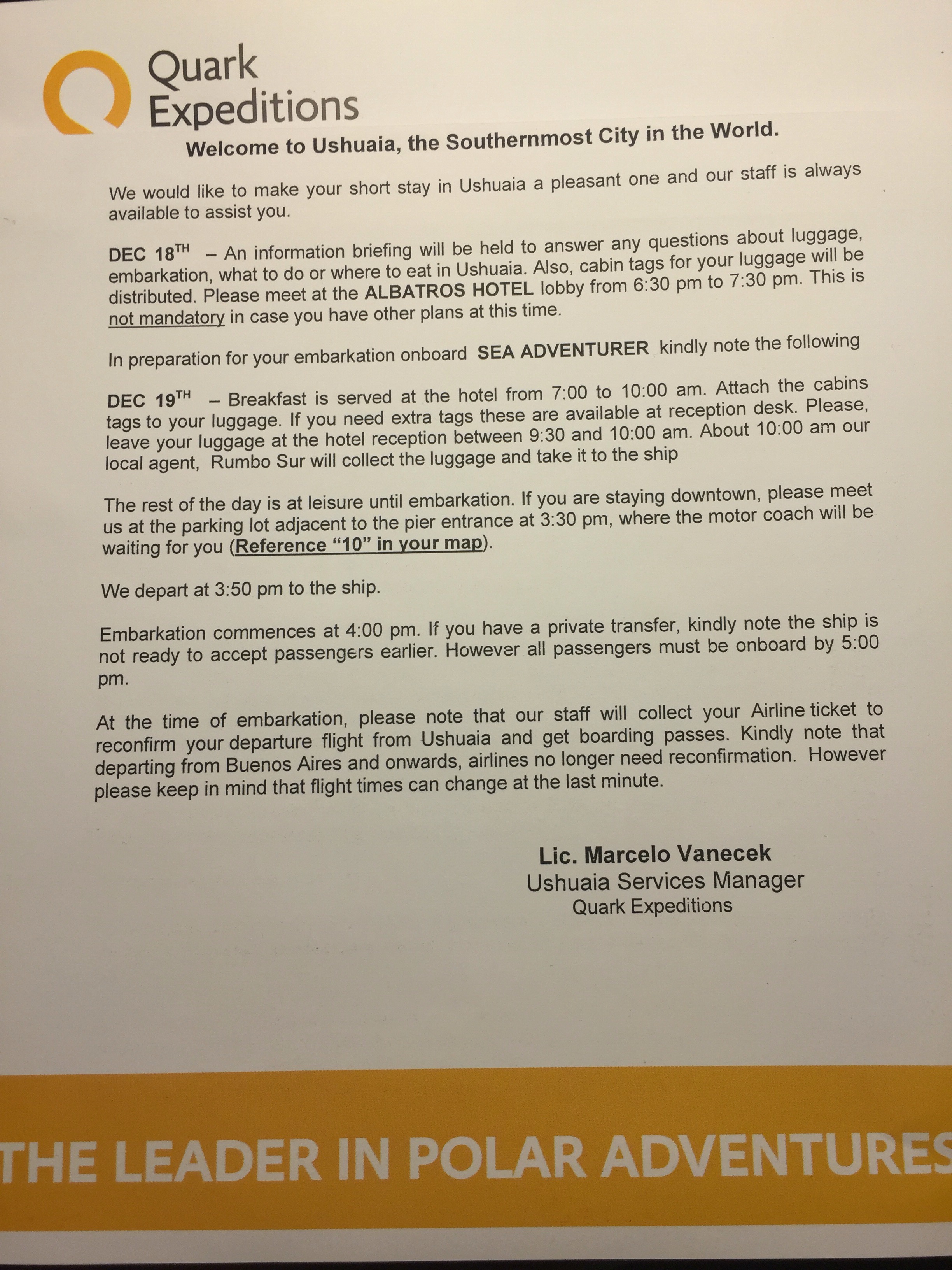 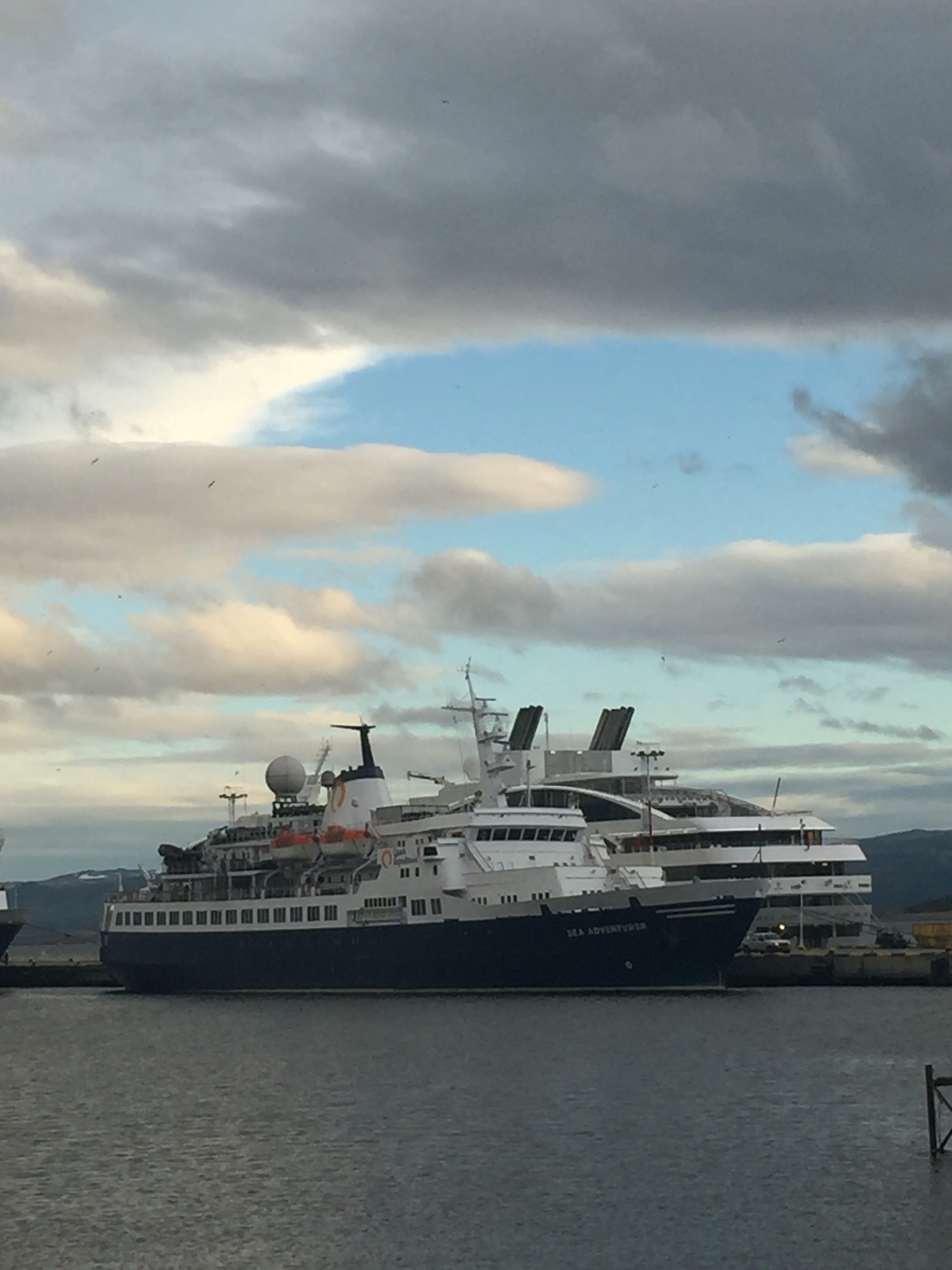 here’s us, very excited to be heading off on our Antarctica adventure… 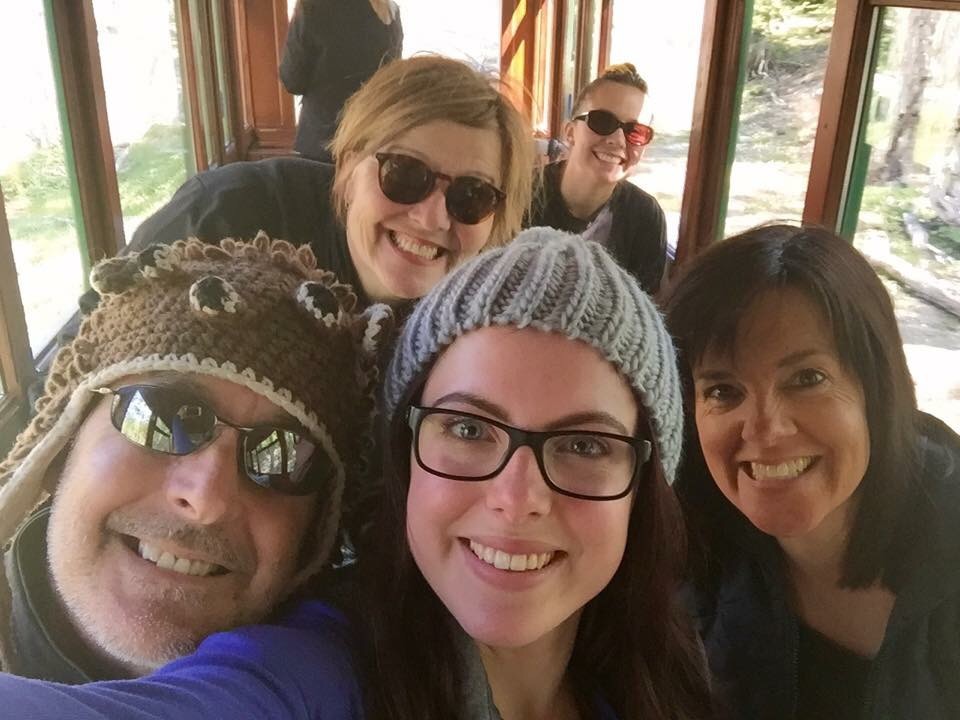 Top of the festive season to you and yours… ho ho ho!
Back again in 2016 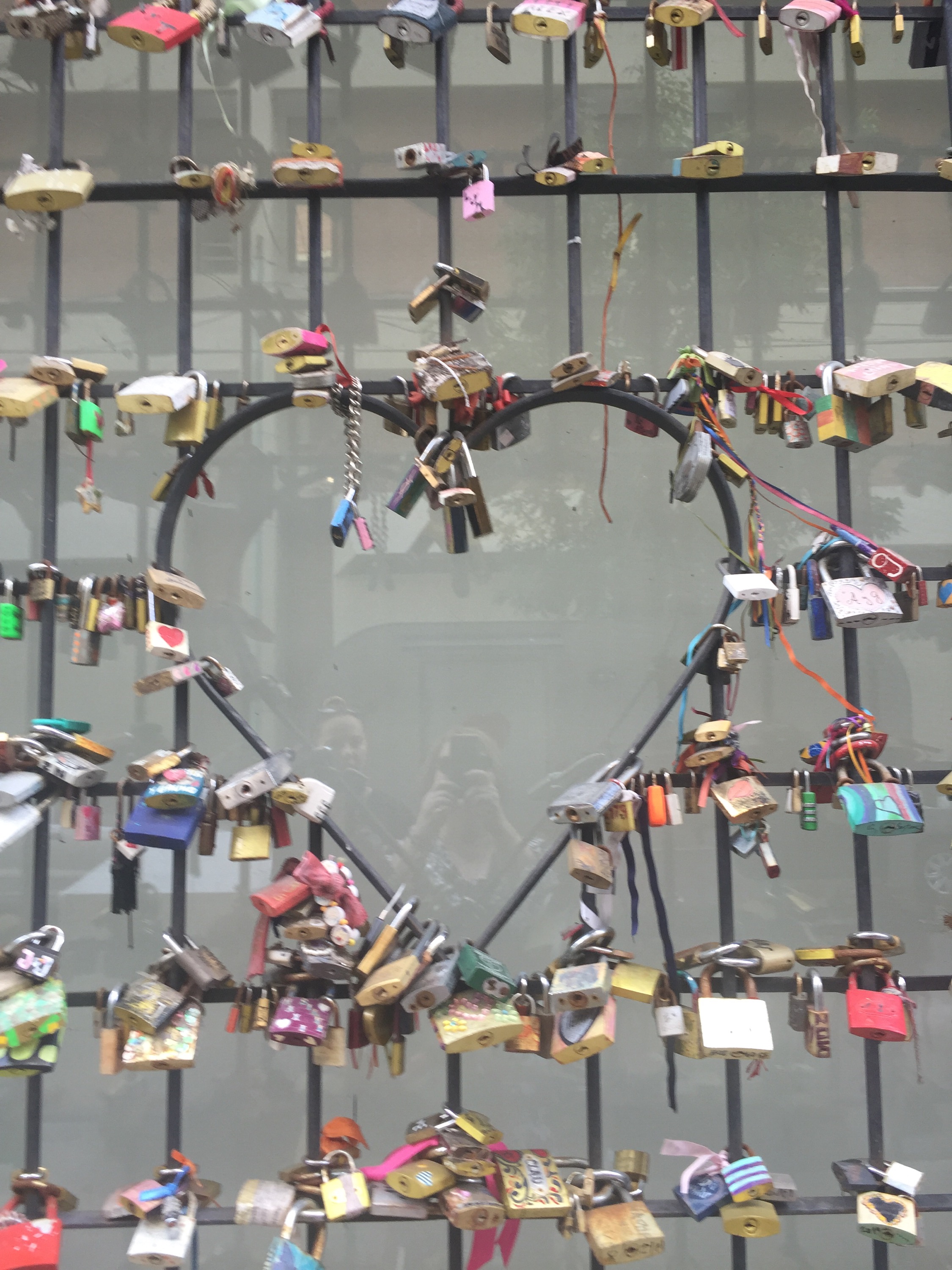 As we sit at the airport on our way to Ushuaia, Argentina, to commence our Antartic adventure, I reflect on the place that is Buenos Aires…

Having spent time here twice now, I will look forward to returning when homeward bound. Whilst it may not be the most well-kept place, it is no less appealing. There’s such a laconic, laissez faire attitude to it and yet it functions delightfully well.

Except for not quite getting the hang of ordering a cup of tea! You know when you’re gagging for one and you order ‘té con leche’ (confidently, thinking you’ve got it sorted) and you get a cup of hot milk and a tea bag… I’m still gagging (literally) at the thought of it! 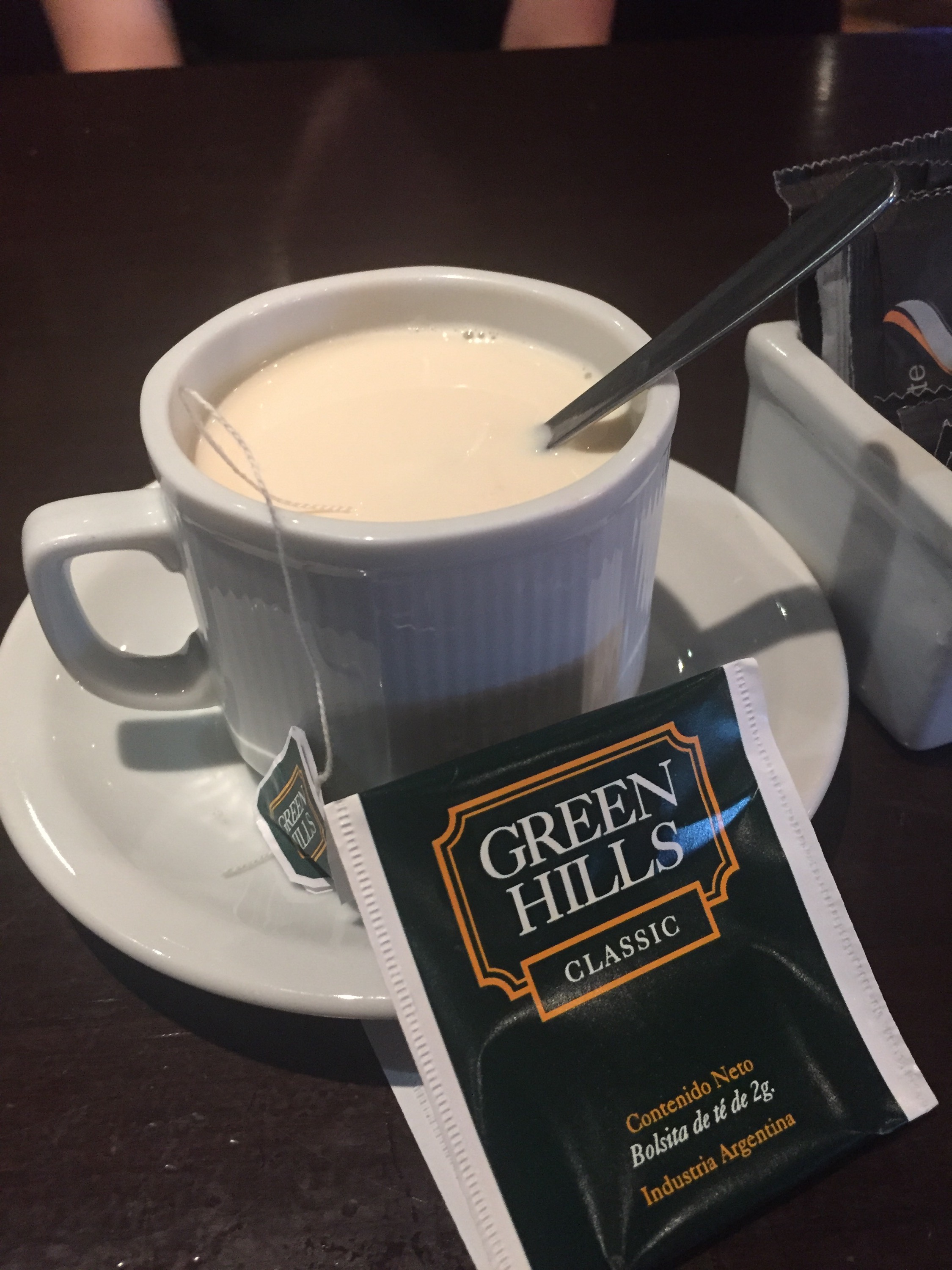 But given that’s been our biggest hiccup so far, except for our “luggages” missing for the first two days, we cannot really complain.

It is such a great place to wander aimlessly, admittedly in a particular direction as it’s pretty big, as you never know what you will find. For example, last visit we discovered one of the worlds most impressive bookshops – El Ateneo Grand Splendid – and made a point of popping in again. 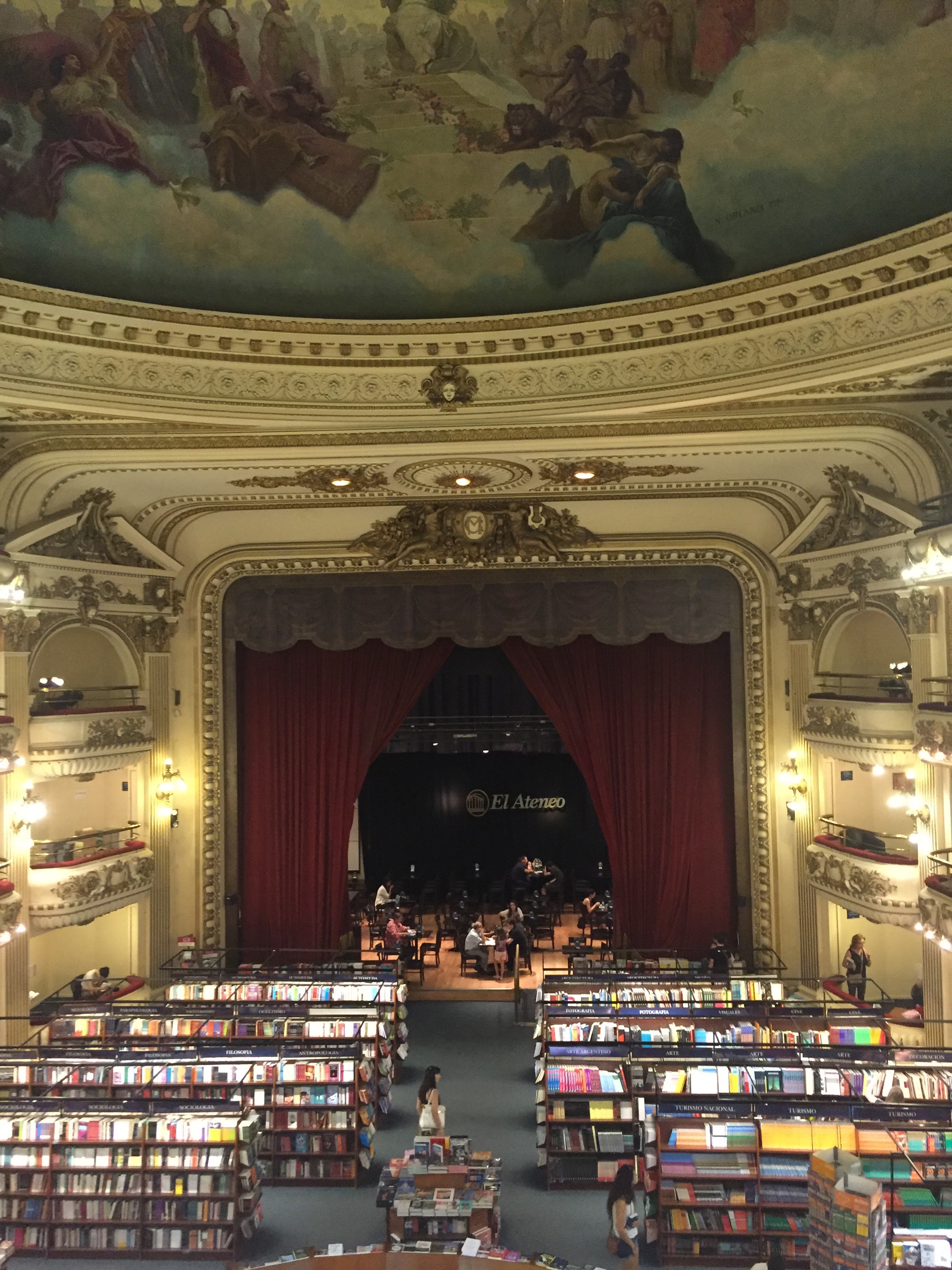 There’s lots of greenery around too so taking time out to contemplate your navel is doable as often as you like. 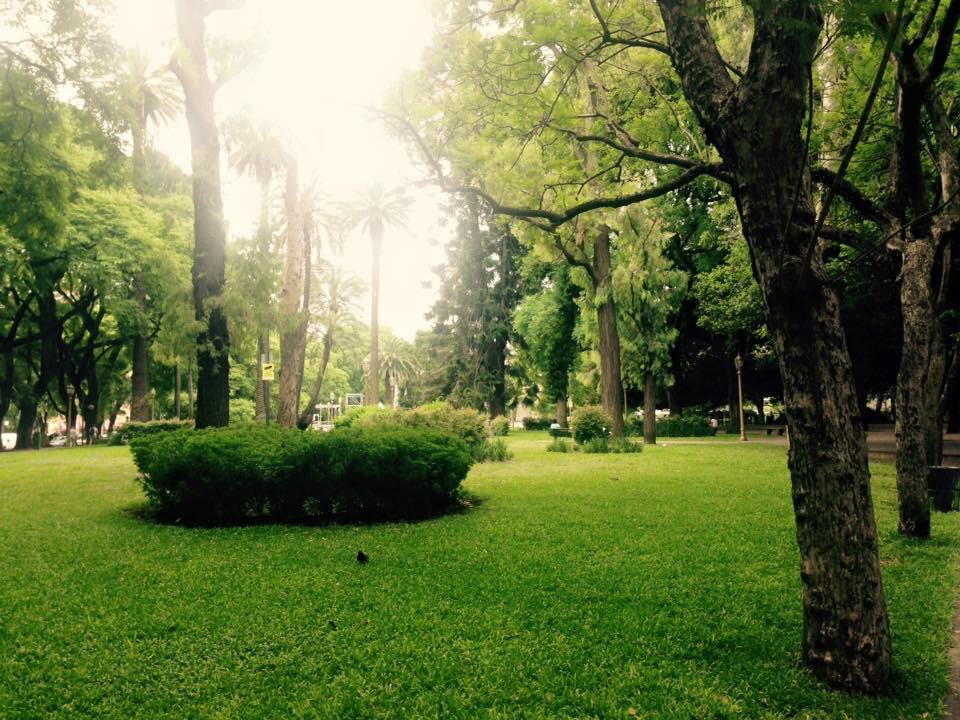 As with any city, the locals are in a hurry to get somewhere, constantly.  We wondered whether they ever take the time out to appreciate what they have? Or is it that as they may not know any different, no reflection takes place… hard to tell.

We, as one, are a big fan. Thank you Buenos Aires.

Buenos Aires; we had gone full circle. After leaving here 5 weeks earlier, we had made it back in one piece with many more adventure stories to share.

After finding our way to our last B&B, Palermo Viejo in the district of the same name, we got ourselves settled and showered, and headed out to dinner. We were famished after our Iguazu Falls very full play day!

Not sure where to go, we wandered aimlessly for a while, even tried on an outfit or two until the hunger pangs kicked in, and then we got down to finding food business. Found this great little restaurant off the main drag, not far from where we were staying, which had a courtyard out the back, mood lighting, a great menu, and a waiter that spoke fabulous English. Just what the doctor ordered. To top it all off, it was classic Argentinian ice-cream for dessert on the way back… perfecto!

Given how hot it was, eg 35 oC one day and 36 oC the next, we structured our sight-seeing accordingly. Which translates to mainly moving from shopping centre to shopping centre, checking out the main bits on the way.

Day one was in Recoleta mainly. El Ateneo – the most amazing bookshop based in an old theatre, gorgeous. Lots of great shopping at Patio Bullrich, which we had been starved of up until this point. Just a great area to spend time in really. We could have all done serious damage to the credit card… well we did do a little, but nothing to savage!

Day two was spent in the city centre; the Obelisk, the Plaza del Mayo, the Presidential abode etc, but then it got too hot again. So another shopping centre was sought. Only lunch this time, no shopping. Had another good look around, and then went in search of ice-cream to top it off. Once done, we piled into a cab to head back to our pad. Nearly didn´t make it though as the taxi-driver almost took on a bus with the nose of the car, but no harm done and we made it back safe and sound.

After a little R&R, and a preliminary packing of the bags, it was time to wander the local streets in search of whatever really; oh and dinner. Our return flight heading to Melbourne was at 2:30am, meaning we were leaving the B&B at approx midnight, so plenty of time to loiter with intent!

Except… we got caught in a full-on storm, wind and heavy rain lasting approx 30 mins, and serious enough to make all of us really wet. Fortunately it wasn’t cold, other than when the breeze blew, so we decided to push on regardless. We did know though that we were not after a dining place with full-blown air-conditioning blasting away. That would have been too much like torture!

Given how early we were by Argentinian standards (ie restaurants open for dinner at 9pm), we found a delightful place not far from our pad that were serving “snacks”. Now I have to tell you, we’re talking full on hamburgers and sandwiches which were enormous, but nothing overly fancy schmancy. We were by this stage, more than happy with that arrangement.

So we scoffed our snacks, used the time to reflect on the highlights and the not so experiences of the previous 5-6 weeks, moved on to the ice-cream shop for our one last chance at dessert (my, the Argentinians do a fabulous ice-cream) and headed back to finalise flight preparation! You know, showers, comfortable clothes, last decent cup of tea…

Before we knew it, the taxi was out front and we were piling into it. Said all our goodbyes, congratulating ourselves on yet another successful adventure and then we were whisked off into the midnight sky, on route to the airport.

What a trip…
What an adventure…
What to do next?
Antartica is on the radar. Alaska would be good too. Back to South America, like Brazil and Chile, would also be wonderful… so many choices!

They are spectacular, there is no denying it.
To find out all about Iguazu Falls, click here…

The bit we loved the best though was the getting wet part – this was achieved by being in a boat and going straight under two of the falls. No doubt they were probably the lamest two on offer, however, they were big enough to give you one hell of a fright, a notion of the power in the big kahunas, and get you incredibly wet without trying too hard. We had planned to do this so had our bathers on together with clothing coverage. But, we forgot to take the shoes off. I swear we were walking around in our own puddles for the rest of the day…

Mind you, the National Park itself is tourist heaven. There´s a train and guided walks and fast food; very theme park really.
Nonetheless, you cannot take away from the splendour of the Falls themselves. Another reminder of Mother Nature at her most majestic.

We stayed at a great little hotel, the Rio Tropic. They were so helpful. Just another example of Argentinian courtesy. Except for our border crossing, and subsequent passport control episode when first re-entering, many of the locals could not be more helpful.

We only had 24 hours in Iguazu, so we made the most of it. To the point where we got changed at the airport into dry clothes, before loading the bags and boarding for our last internal fight to Buenos Aires…